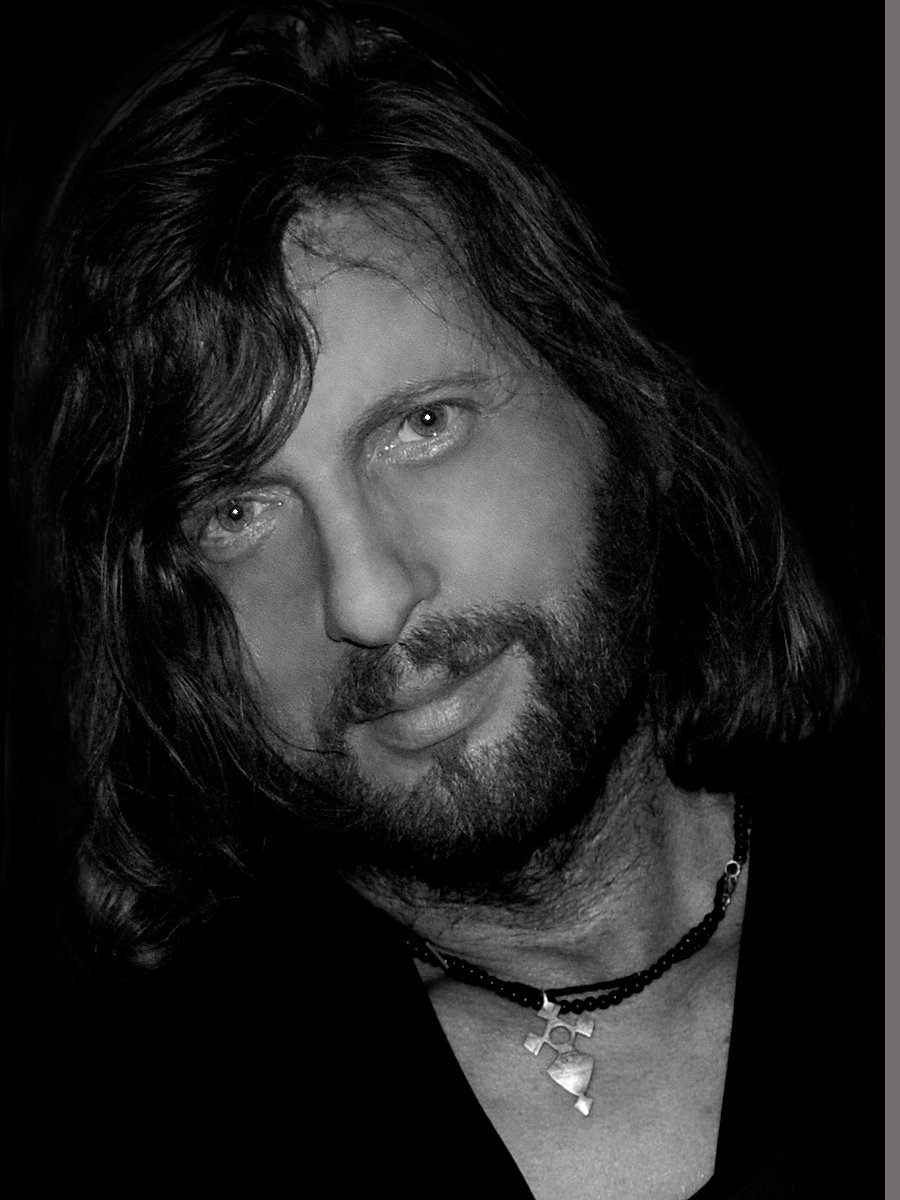 Born in Ravenna in 1963, he graduated from the Academy of Fine Arts in Ravenna with a Sculpture address. His name is linked to the historic Mosaicist Group of Ravenna, his area of origin that at the age of eighteen began him to mosaic and from 2008 became the sole project director and executive. Alongside the constant concentration in preserving and increasing this great legacy received even his personal search for new ways of expression has never stopped taking him on an independent and exclusive path.

In his youthful works the process of thought and creative reaction set in a personal reality that questioned any rigid system of mosaic making is exalted. The change of sign with respect to his masters was expressed in the attitude to design and think the work of mosaic art no longer as a closed and defined fact but as "thing" open and changing, living and changing, almost a being that continues to grow and change in time and space. A way of thinking about art that favored the event on form, so the mosaic plot presented within a "happening".

His search for the moment continues over the years, maturing also in an eclectic aesthetic and sensory paradigm. The use of materials of natural and vegetal origin makes its way in his studio leading him to the realization of a cycle of works, mystical in character, that accompany the viewer to an immediate reunion with the Earth and its vital cycles. In these miscellaneous works of coal, enamels and marbles the spectator is not faced with a definitive affirmation of the work but in front of its becoming and is invited to participate in relating with the tessellate that moves and changes in every angle.

But it is the works of his artistic maturity that enclose the sign of the passing of time, of experiences, of studies and of a balanced wisdom that finds its ideal metaphor in the mosaic art. The attempt to put together life and death, nature and industry, abstraction and figuration through a language in continuous becoming shows us its complete willingness to give and indulge in art until it reaches its sublimation. As for Boetti, in whose art revolution and restoration, tension towards the future and return to the past can proceed together, Even for the artist Santi, the contemporary musivo language becomes a constant relapse in the vortex of ancient Byzantine art, however, carrying out an expansion operation that starting from the historical knowledge and its identity connects it to today. Intense and sensual chromatic vibrations made of gold and sharp pieces emerge sinuously from the depths of an imperturbable black, rising to the attainment of an almost divine dimension. 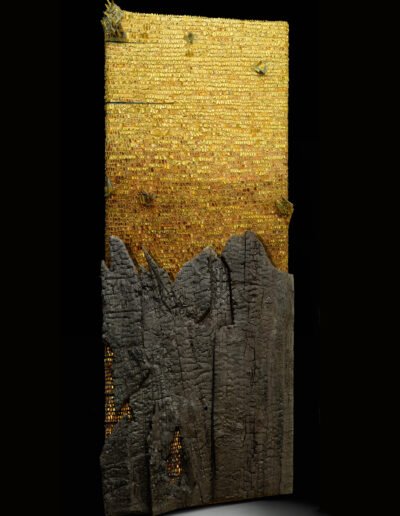 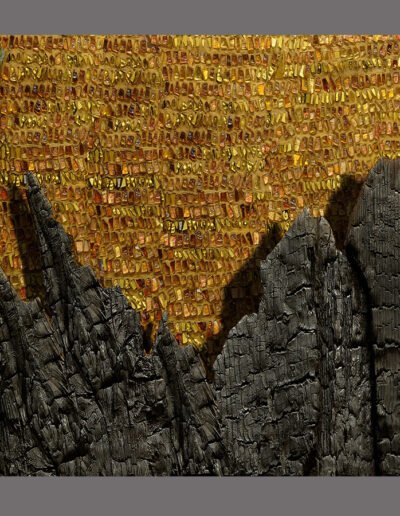 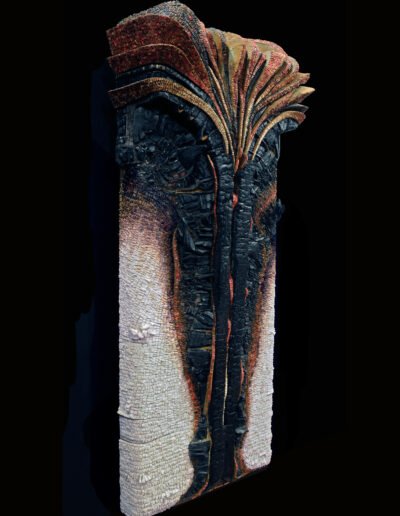 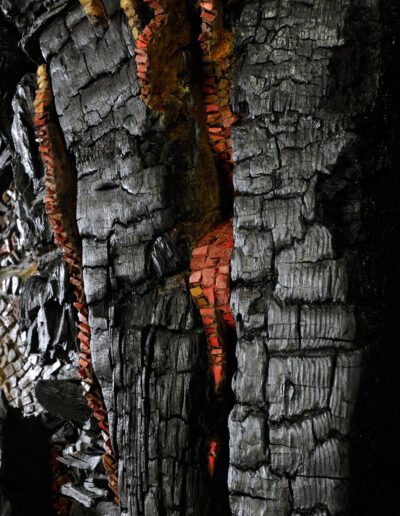 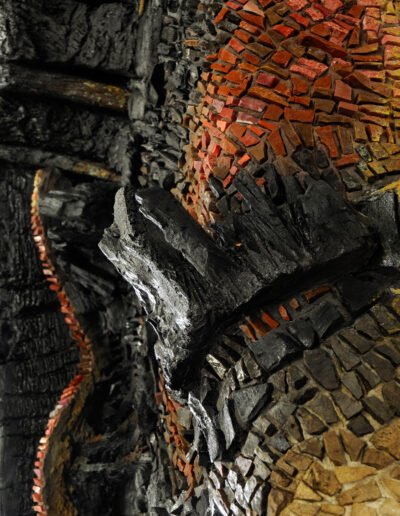 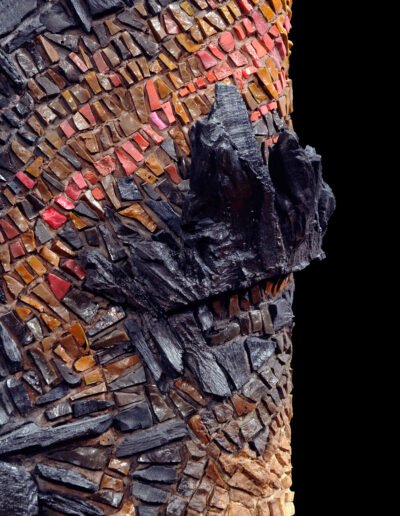 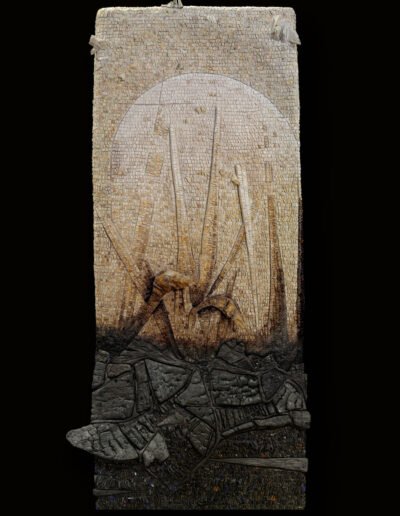 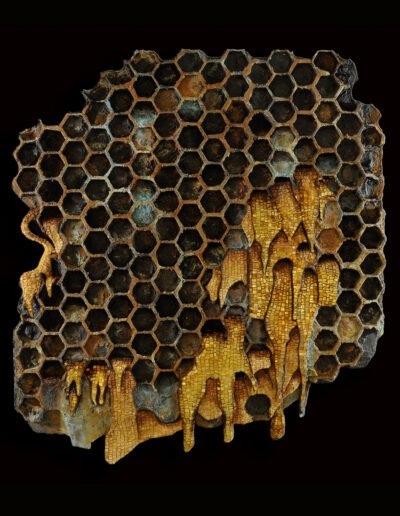 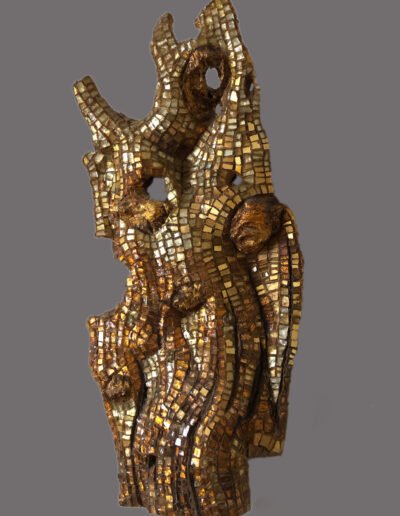 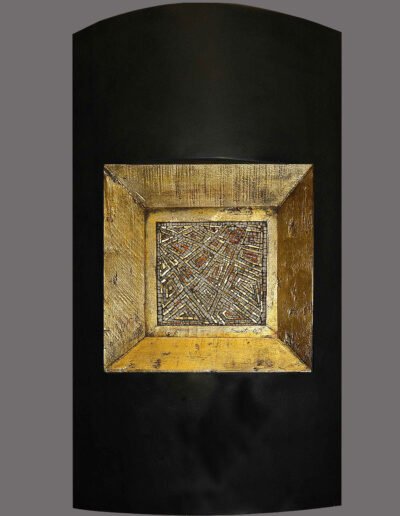 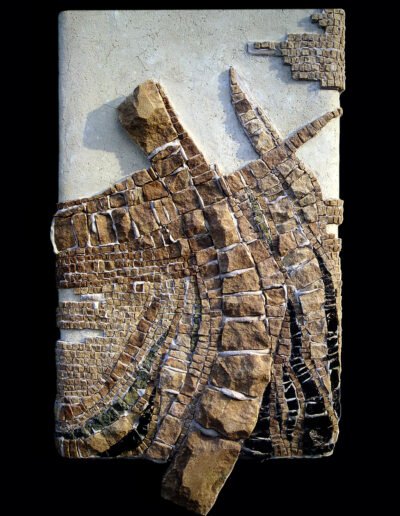 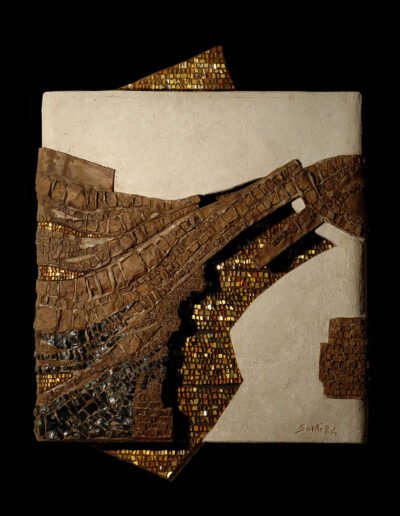 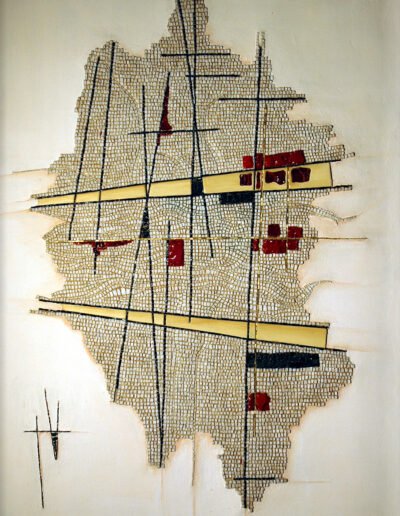 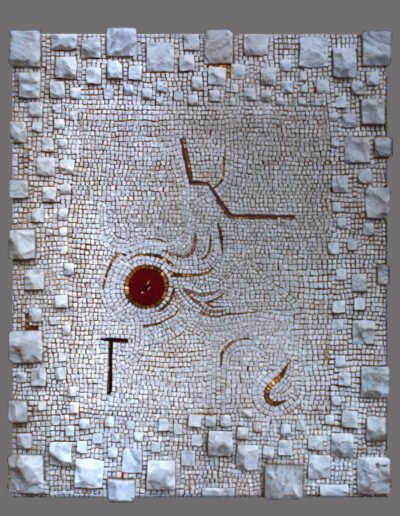